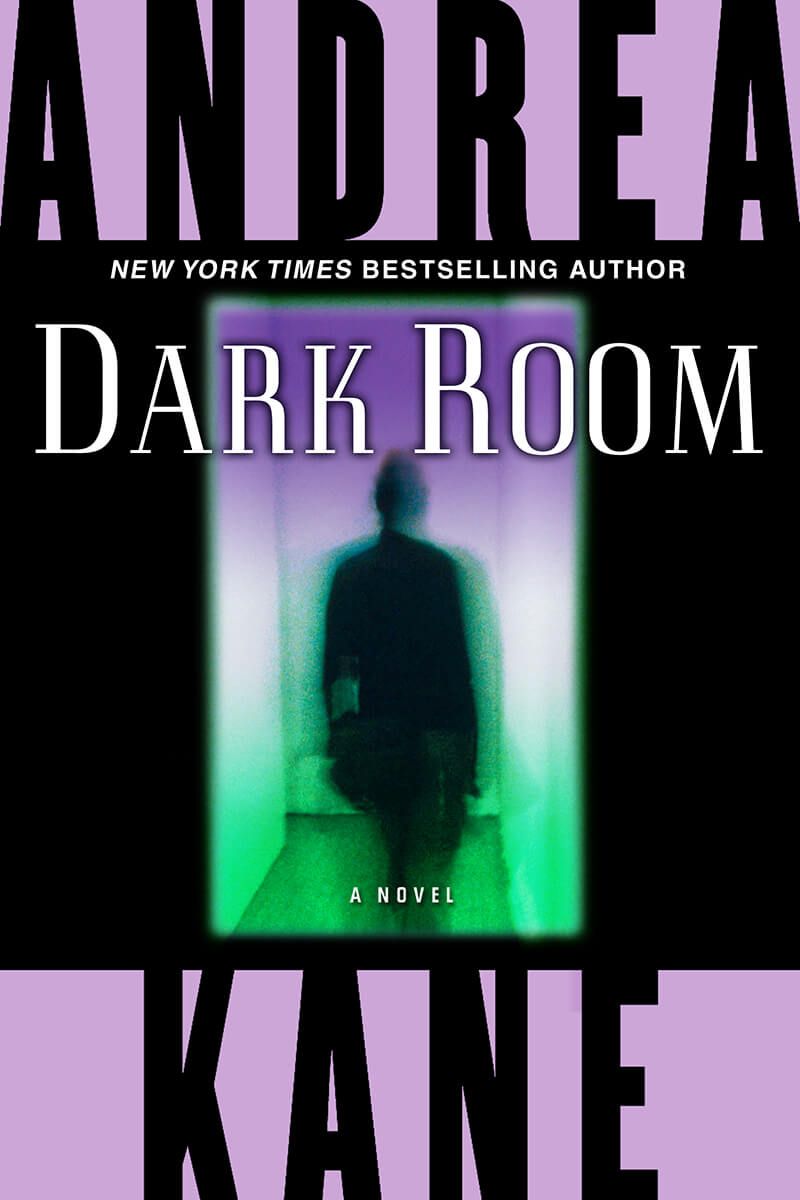 The nightmare is back.

Seventeen years ago, Morgan Winter was traumatized by the discovery of her parents' brutally murdered bodies in a Brooklyn basement on Christmas Eve. Now shocking new evidence overturns the killer's conviction and Morgan is confronted with the horrifying realization that the real killer is still out there.

Trapped in an emotional hell, she hires Pete "Monty" Montgomery, the former NYPD detective who investigated her parents' homicide. Now a PI, Monty has a personal score to settle -- a promise he made to the helpless child Morgan was long ago that he'd find her parents' killer. With nothing more than an old case file and the original crime scene photos, Monty enlists the specialized skills of his son Lane, a photojournalist whose job is a perfect cover for the clandestine image analysis he conducts for the CIA. Constantly thrill-seeking, Lane is used to gambling and putting his own life on the line -- for country, for journalistic integrity, for the adrenaline rush. But this time, the stakes are different . . . and this time, he can't afford to lose.

The murderer is still at large and has never stopped watching Morgan from the shadows, making sure a dark secret remains buried. But now, Morgan's fierce determination to uncover the truth consumes her, plunging her into the dark and terrifying past and the increasingly dangerous present.

Lane is closing in on the truth. But in a cruel twist of fate, what he exposes may be far more shocking and devastating to Morgan than anyone could imagine.

The nightmare crept through her like a slow-acting toxin, paralyzing her as it insinuated itself in the darkest recesses of her memory. There was no escaping the devastating finale, no looking away from the horror.

She couldn't bear to see them. Not their broken bodies. Not their vacant stares. And not the pools of crimson blood that kept oozing, spreading, gathering beneath them as their lives drained away.

With a low moan, Morgan forced herself awake, jerking into an upright position. Her muscles were rigid. She pressed back against the solid oak headboard, letting it cool her perspiration-drenched skin. Her heart was slamming against her ribs, her breathing fast and shallow.

This was a bad one.

She squeezed her eyes shut, concentrating on the muted sounds of pre-dawn Manhattan. The intermittent thump-thump of cars making their way down pot-hole ridden streets. A distant siren. The hum of twenty-four seven just outside her brownstone window. It connected her to life, to the comfort of what was real and familiar. She drank it in, fighting to drown out the images of her nightmare before they engulfed her.

It was an exercise in futility. The nightmares might be sporadic, but the vivid memories had been seared inside her head for the past seventeen years.

She shoved back the covers and swung her legs over the side of the bed. Her nightshirt was damp and clinging to her body. Her hair was plastered to the back of her neck. She gathered it up, twisting its shoulder-length strands into a loose knot and pinning them to the top of her head with the clip she kept on her night-table. A winter draft blew past her, and she shivered.

She'd half-expected tonight's episode. It was that time of year. The nightmares always came fast and furious around the holidays. But exacerbating the situation had been her own damned fault.

Morgan glanced at the clock on her night-table. Five-ten the LED display glared back. No point in trying to go back to sleep. Not that she could if she tried. But it wasn't even worth the effort; not with only fifty minutes until her alarm went off.

She pulled on a robe and padded into the dimly-lit hall, crossing over to the spare bedroom that doubled as a guest room and den. The contents of the box she'd been going through before bed were on the ottoman just as she'd left them -- memorabilia in one pile, photos in another, and the working journals she'd only recently discovered off to a side.

Still haunted by her dream, she flipped on the light and went straight for the photos, kneeling down beside the ottoman to peel back a layer of history.

The top snapshot meant the most and hurt the most. It was the last photo of the three of them together. Wistfully, Morgan studied it. Her mother, gentle and elegant. Her father, intense and dynamic, one arm wrapped protectively around his wife's shoulders, the other hand gripping the shoulder of the skinny little girl in front of him -- a girl who had her mother's huge green eyes and fine features and her father's sharp, probing expression.

Morgan turned the photo over. The handwriting at the bottom was her mother's. It read: Jack, Lara and Morgan, November 16th, 1989.

She'd penned those words a month before the murders.

With a hard swallow, Morgan put down the snapshot and sifted through the others. Her mother in college, posing with her best friend and roommate, Elyse Shore -- then Elyse Kellerman. Law school graduation day for Morgan's father, both her parents standing in front of Columbia University, brandishing Jack's diploma. Their wedding day. The day Morgan was born. Family photos of happy occasions, from Morgan's first birthday to summers at the beach with all the Shores -- Elyse, Arthur and Jill. Last, were the photos Elyse had developed for Morgan months after the funeral-- photos taken at Daniel and Rita Kellerman's lavish Park Avenue penthouse on Christmas Eve, where Morgan's parents had dropped by for the holiday party being hosted by Elyse's parents in honor of Arthur and those who'd contributed heavily to his political campaign.

Those were the final photos taken of Lara and Jack Winter alive. The next ones were snapped in a Brooklyn basement later that night by the crime scene unit.

With an internal chill, Morgan put down the stack of photographs and rose, tightening the belt of her robe. Enough. She was allowing herself to be sucked into that emotional vortex all over again. Her mental health couldn't withstand it. Dr. Bloom had cautioned her about this very thing.

Time to listen to his advice. Be proactive. Focus on the present.

She'd get a jump-start on the day; brew a pot of coffee, shower and dress. Then she'd head downstairs to the office. She had a slew of early morning phone calls to make in the hopes of catching her clients before they left for work, and a mountain of paperwork to attack. At eight-thirty, it would be time for her therapy session -- which worked out well since Dr. Bloom's office was just a block away from the Waldorf, where she had an eleven o'clock new client interview. After that, it was back to the office for a one o'clock follow-up appointment. The follow-up was with Charlie Denton -- attractive, forty-four, married to his job in the Manhattan DA's office. With very specific criteria and a crazy-busy life, he was still looking for Ms. Right. And it was Morgan's job to find her.

She turned, flipping off the light and leaving the room -- and her past -- sprawled out on the ottoman behind her.

The deal was cut.

No one in the Brooklyn DA's office was happy about it. Another scumbag who'd turned on a fellow inmate to save his own neck. Another case where the rule of law converged with Darwin's survival of the fittest.

Having to go easy on that drug-dealing punk, Kirk Lando, was a rotten break. But they had no choice. He'd given them a cop-killer in exchange for a lighter sentence. The NYPD was happy; Nate Schiller would pay for killing one of their own.

Schiller would probably have his throat slit once word got out at Sing Sing why he'd lied about shooting Sergeant Goddfrey. Normally, killing a cop would have made him a hero there. Not this time. Schiller had screwed himself -- bad. When he'd tracked Goddfrey down in Harlem and blown him away, he'd also blown away the perp Goddfrey had been cuffing at the time, figuring he was eliminating the sole witness to his crime.

Bad move. That perp had been gang leader Pablo Hernandez. Once the gang members inside Sing-Sing got this news, Schiller could kiss his ass good-bye.

The whole trade-off sucked -- for bigger reasons than leniency for Lando or the inmates taking out Schiller. Lando's story was true. It had been corroborated by a couple of neighborhood teens, now adults, who'd spotted Goddfrey's killer fleeing the scene. Originally, they'd provided a description. Now, they'd each picked Schiller out of a line-up. So there was no doubt that Schiller had killed Goddfrey and Hernandez. Which meant he couldn't have committed the double-homicide in Brooklyn he'd been convicted of as part of his killing spree.

The ripple effect was going to be felt far and wide. The daughter. The Congressman. The staff over at the Manhattan DA's office.

And one really pissed-off retired cop.