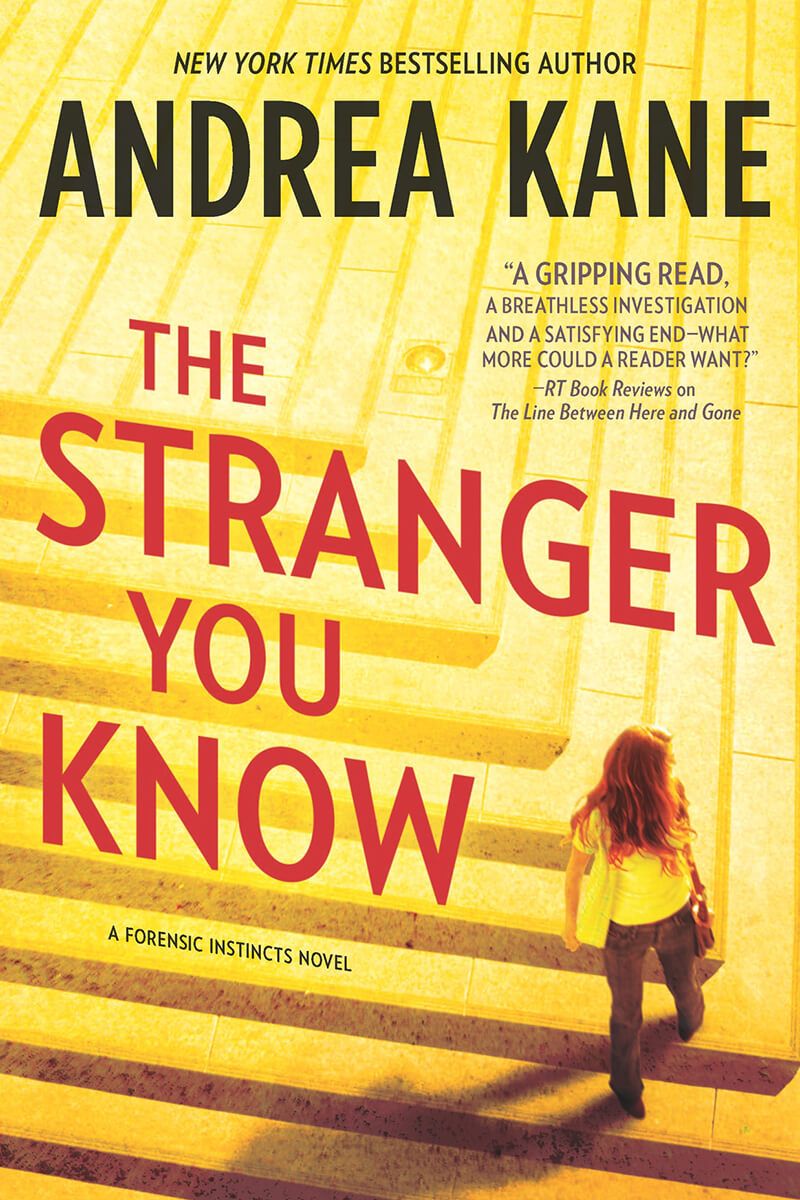 The Stranger You Know
by Andrea Kane

College-age girls with long red hair. Brutally murdered, they're posed like victims in a film noir. Each crime scene is eerily similar to the twisted fantasy of a serial offender now serving thirty years to life— a criminal brought to justice with the help of Forensic Instincts.

Call. Kill. Repeat. But the similarities are more than one psychopath's desire to outdo another. As more red-headed victims are added to the body count, it becomes clear that each one has been chosen because of a unique connection to Casey— a connection that grows closer and closer to her.

Now the Forensic Instincts team must race to uncover the identity of a serial killer before his ever-tightening circle of death closes in on Casey as the ultimate target.

As the stalker methodically moves in on his prey, his actions make one thing clear: he knows everything about Casey. And Casey realizes that this psychopathic won't stop until he makes sure she's dead.

Glen Fisher lay on his cot in the cell of Auburn State Correctional Facility, a maximum security prison in upstate New York.

He folded his hands behind his head and stared up at the concrete ceiling. First, six weeks in Downstate Correctional Facility undergoing all those ridiculous evaluations and test. And now? Seven months, two weeks and four days in here. More than half a year of his life shot to hell. Thanks to that firecrotch.

One day blended into the next. A meal. His job in the mail room. Another meal. Exercise. Mail again. Back to his cell. A gloomy little six-by-eight hole with a sink, a toilet, a cot, a shelf and bars that separated him from a dark hall equipped with a centrally controlled tear gas system. Mundane. Boring. A waste of his life.

His lawyer had been a wimp. He should've driven home the coercion plea and gotten him off. Instead, the judge had thrown out the defendant's plea, the evidence had been ruled admissible and here he was, facing a life sentence.

His lawyer was long gone. Good riddance. Representing himself was the smartest thing he could do. He continually found new loopholes. He'd filed another appeal last week. Eventually, maybe those idiots on the parole board would listen to him. All they kept reiterating over and over like some stupid litany was the list of rapes and homicides he'd been convicted of. They couldn't see that he'd done the world a favor. Considering law enforcement's one-dimensional stupidity, he should have kept his fucking mouth shut when he'd been cornered. Even if that Neanderthal from Forensic Instincts had started the ball rolling by practically killing him in the alley. Uncharacteristically, Glen had been caught off guard. Never again.

They'd found the bodies just where he said they'd be. And the jury— not one of whom had an ounce of brains?had labeled him scum. They'd focused only on the words rape and murder. Couldn't see past them. Couldn't know what he knew about those whores. Who they were. What they were. What they did to their victims. The entire system was useless. It was up to him to bypass it and finish what he'd started.

He pulled out his drawing tablet and crayons and began another detailed sketch. It slowly came alive. Even the outline excited him. Especially when he made sweeping crimson strokes across the page.

A smug smile twisted his lips. Funny thing about life. It had a way of evening out.

He might have lost his freedom. But Casey Woods was about to lose a whole lot more.